There are many types of dental implants with different shape, sized and modalities of placement. Most dental implants are titanium fixtures which are submerged into the bone where the tooth is missing. Many implants are conical shaped like the roots of the teeth although other shapes are also used (such as cylindrical or barrel shape).

The implants are hollow inside to allow for the placement of an abutment which makes the connection between the implant and the crown of the tooth. The crown sits on the abutment and is made from porcelain or porcelain fused to metal. It looks like a natural tooth is the only part visible in your mouth.

The process of having an implant placed and restored requires several steps. If your tooth is already missing for some time, first step is placing the implant where the tooth was extracted. Healing time of the bone surrounding the implant is 4-6 months after which the implant is restored with an abutment and a crown. In the case if you still have a tooth which needs to be extracted, the process is lengthier.

After extraction, the tooth socket will be filled with a bone graft and a membrane will be placed on top of it to keep the graft in place. The graft takes around 6 months to be integrated with the surrounding bone. After that an implant will be placed and 6 months later will be restored. In the meantime, a removable prosthesis (flipper) might be needed to keep appearance and function as close to normal as possible.

In certain situations, an implant might be restored with a crown as soon as is placed (process called immediate loading).

Mini Implants are small diameter implants who can be used in certain situations to support a crown or to stabilize loose dentures. Their advantages to use mini implants are less complicated and painful surgery, faster healing and less expensive than regular implants.

Mini implants are not recommended for everyone. A thorough examination and x-rays will determine if the patient is a good candidate for this type of fixture.

One of the disadvantages of having dentures is the fact that they are moving when you eat or talk. Even using denture adhesives won’t make them feel much more secure and most people tend to overuse these adhesives. A solution to these issues is to place mini implants in the jaws and housings in the dentures. This way the denture is way more stable and the process of eating and talking improve dramatically. Many people take minimal or no pain medication after procedure and are extremely happy with the new denture fit. 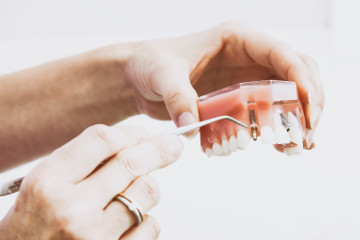 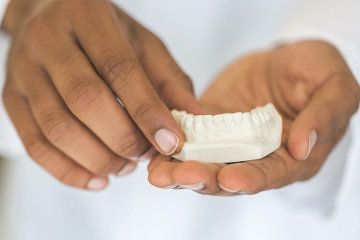